La Salle, a well-known Catholic University may be known for its educational opportunities but some residents know it by something e 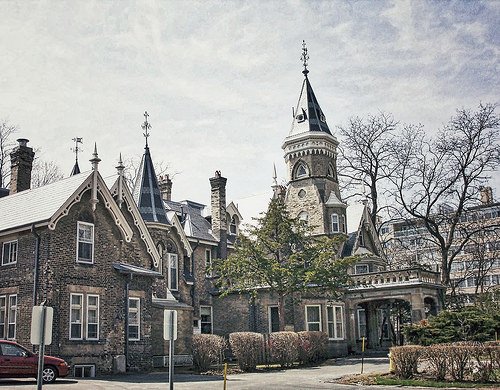 lse: The racism that permeates their neighborhoods.

This article surveys my general experiences living near La Salle University and what my mother and me have witnessed during our stay.
My mother and me found ourselves living a few blocks short of La Salle University and along our four year stay we’ve encountered many hardships. Our neighbors were reluctant to speak when we would greet them and we were frequently insulted whenever we stepped out the front door. To make matters worse, some residents kept bringing their dogs to leave droppings in our yard despite us putting up signs asking them to stop.

This caused grave concern because it exacerbated my mother’s fragile health. She was educator who was injured in a classroom.

Getting things repaired in our neighborhood has been a hassle as my mother and me did not have phone service because of how shoddy the wiring in the telephone poles were. Each house received a telephone cable through a mess of wires that ran along the ground in the alleyway. We called the phone company, but their only response was that Verizon Fios had been overdue for that neighborhood for years. My mother and me had to contact an investigator by the name of Harry Hairston from NBC News to get resolution. The problem was fixed after a few days when we reported it.

Aside from the unsavory attitudes of most neighbors, crime was an apparent issue as well. Our entire household was awakened at 4 a.m. in the morning when we heard footsteps on the roof. We had to call the police who deemed it to be an attempted break in. They also had to document a crowd disbursement as many residents filed out of their homes in anger as to why the police were there.

This revealed a deeper issue: the neighbor relations in connection to the off-campus La Salle students. Tales of racism ran amuck as denizens described drunken white La Salle students getting intoxicated and walking on rooftops. So that’s what that was…

One disheartening account came from an 85 year old black man I spoke to personally. He said the college students would urinate on his lawn regardless of him telling them to stop and when the police arrived the students would say, ‘We’re white and we don’t have to do what they say because they’re ni****.’ The cops, who are suspected of sending white officers to sympathize with the college students, would only tell the students to quiet down and not arrest them for continued harassment. This is nothing new for the 85 year old as he has lived in the La Salle area since the 60s.

Waiting for the bus was like crossing from one world into another as residents are seemingly under inspection and watched under a leery eye from guards as though they’ll commit a crime at any moment. Local residents may find themselves in this predicament as they pass from their homes into the La Salle vicinity. This does not just apply to waiting for buses, but grocery shopping as well.

The area surrounding La Salle is predominantly black which begs the question, “Why can’t there be peace between the two parties?” I learned that not only have the blacks been at odds with each other including me and my mom who are new residents, they struggle with the racism La Salle students have brought to their door. This is a fault on both sides and proves that whether or not you live near a prestigious Catholic school, it does not guarantee that its inhabitants will act with respect and decency and the surrounding occupants either.
Even in 2016, race issues have not abated and tension runs rampant between blacks and whites across this country. As human beings, not only do we mistreat each other but we tend to leave a legacy of hate for our children to inherit. As the saying goes, this is like handing them an antiquated check that cannot be cashed – it’s a useless offering that no intelligent individual should indulge in. If only the masses would agree to work together real change could be afforded and unjust laws even if unspoken would be overturned and society could progress.

A greater force is at work here and this includes the mindset. American society is steeped in the ideology that lighter skin is better, persecuting others is acceptable and that allowing any attempts to move America forward to become stagnant and ineffective is OK (i.e. waiting for people to die to figure out driving drunk is unsafe).

Many will hate this, but the farther America pulls away from God, the deeper in treachery it will sink. Until the US understands that it needs to strengthen its faith in holy higher power and treat its own citizens with equality, it will stay in a morally unjust position.

Without Jesus, no success my mother and me have would have been possible. My mother has her evangelism certificate and we both know the value of praying. God is the only reason I have obtained my Bachelor’s degree and am able to acknowledge Him. He is important in all of our lives.

End note: The photo above is only a similar interpretation of La Salle University and not an exact photo or representation of the La Salle building. The photo is from Photopin.