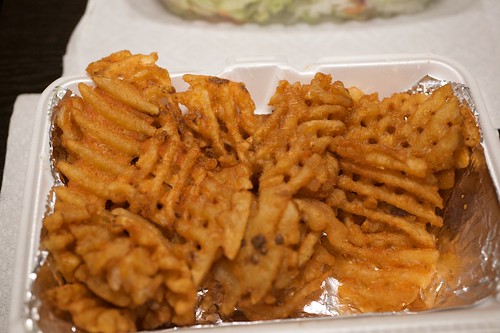 Many of us had great times at restaurants with friends and family. We might have left a tip for the hard working server or donated to their counter jar. One thing to consider is how are the workers managed, how are potential recruits treated? We hope they are treated with professionalism, but as this article  shows, that doesn’t always happen.

I had an acquaintance that went to a group interview at a Chick fil A, located at 14897 Preston Rd, Dallas, TX. They explained that one of the two Caucasian recruiters was giving her dirty looks and treated her as though she were a nuisance. My acquaintance was African American and she explained that the recruiters made them do humiliating exercises like “miming” out the initials of their names and lining up in alphabetical order thereafter.

She explained the recruiters then made them tell why the person standing next to them should be hired. While my acquaintance was paired with a Caucasian female, her partner told her she worked at the Chick fil A a few stores away and was transferring to the current Preston location. My acquaintance noticed that her partner received preferential treatment from the female Caucasian recruiter despite being just as qualified and more experienced. She noted that they acted like they were friends. It appears the interview was biased and favored Caucasians and Chick fil A employees although people of color spend their funds there too.

My acquaintance said this behavior made her uneasy because they were supposedly a moral establishment who prided themselves on courtesy toward people. From what was said, the recruiter did not have to treat her that way whether she planned to hire her or not. Such behavior is highly improper and speaks to the prejudice and unfairness that has haunted this country since its beginnings.

Many employers will post a job and invitations to interviews, but they know who they are hiring ahead of time — mainly friends, family members or current employees looking to transfer within the company. It’s a false advertisement for others because they were never going to be hired. Posting these types of job interviews also makes the economy look good when it’s failing, so please apply with caution. This also applies to “equal opportunity employers” like the eatery listed above.

Note: Racism appears to be unbarred in the south and people are more prone to act out against people of color in those states. Sadly, it is usually unprovoked. A restaurant that has God as its motivation should not allow staff to treat people that way. When anyone exclaims to present biblical principals and has stores follow suite, they need to be cautious that they represent it well. This could give God a sinister image.

The lady I spoke to said that after going through that, she could not see herself eating there anymore.

God is no respecter of persons and does not want anyone treating others in a foul way unprovoked (Romans 2:11). I hope that there can come a day when unfounded racial prejudice is eradicated. Why should it matter except in the minds of the hateful when you do your job well? It can be observed that this particular location has sour reviews. Clearly they hired who they want and not who is skilled for the job – a clear draw back for unjust practices.

If you feel you have been the target of unfair hiring practices, please see www.upcounsel.com/unfair-employment-practices for more information.

The content herein this article is not reflective of all restaurants under this brand, but an indicator and review that unfair practices can happen anywhere, no matter the company’s policy.